Ashwagandha (Withania somnifera) is a herb with a long history in traditional Ayurvedic (Indian) medicine. It is widely regarded as an adaptogen, meaning it may help the body to maintain the state of optimal function we call homeostasis. Today, millions of people around the world are thought to take ashwagandha supplements to help with anxiety, sleep, and a range of other issues. Here we take a more in depth look at what is ashwagandha, its benefits and side effects. 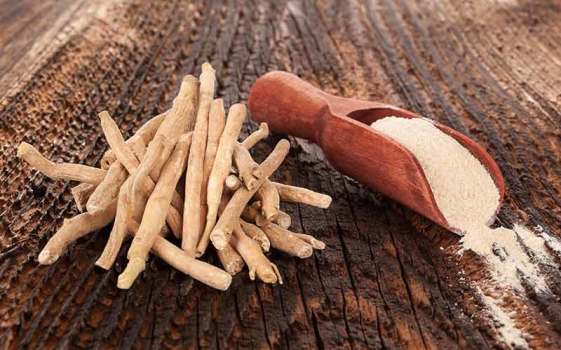 Ashwagandha (Withania somnifera), also known as winter cherry or Indian ginseng, is an evergreen shrub of the nightshade family. Standing at approximately one-and-a-half metres tall, it grows in dry, rocky conditions and is found in parts of Asia, the Middle East and East Africa.

It has been used for thousands of years in the traditional herbal medicine of India, Ayurveda, for its wide ranging health benefits1. Ashwagandha is Sanskrit for “smell of the horse”. Hence the idea that the name can be either due to the roots smelling like horse, and because its consumption is believed by some to provide the strength of a horse1.

The roots of Withania somnifera are ground to create an Ayurvedic tonic called Medharasayana. This tonic is administered with the belief it is good for general health and wellbeing, as a sleep aid, as a diuretic, or to reduce stress, fatigue and anxiety. Other parts of the plants have also been used in traditional medicine2.

The main active chemical constituents of ashwagandha roots are the steroidal lactones, the withanolides, which include withaferin A, sitoindosides IX and X (glycowithanolides), and acylsteryl glucosides including sitoindosides VII and VIII. Phytosterols and alkaloids such as tropine are also present. These compounds are believed to work together to promote physical and mental health, rejuvenate the body in debilitated conditions and increase longevity3.

What is ashwagandha used for?

Studies have shown that the variety of phytochemicals present in ashwagandha can act on various parts of the human body, including the nervous system, immune system, energy production system, endocrine system and reproductive system4.

Ashwagandha is considered an adaptogen. The adaptogens are a range of herbs that promote homeostasis - the optimal internal state of a healthy body in which physical and chemical conditions are balanced5.

Adaptogens improve your body’s ability to cope with various kinds of environmental stresses by acting as a ‘metabolic regulator’. This means they normalise physiological processes and help the body to adapt to changes, decreasing damage from stressors6.

This is a bit like exercising your body to make your muscles stronger. Adaptogens like ashwagandha affect systems in the body that react to stress, which may prepare them for future encounters. 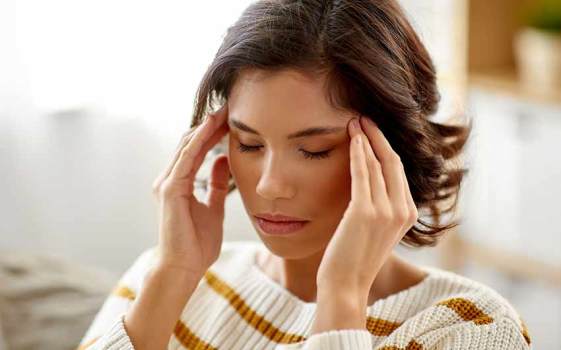 Due to its adaptogenic effect, ashwagandha is frequently used to help with chronic anxiety and stress.

Its effects as an anti-anxiety herb has been shown in animal models and in humans7. A 2014 systematic review that looked at human studies on the effects of ashwagandha for anxiety and stress concluded that people that used ashwagandha had better outcomes on anxiety or stress scales than the people on placebo (dummy pill)8.

A more recent study looked at the effect that branded full-spectrum ashwagandha root extract had on people with chronic stress (such as doctors, students, executives and those that ran their own businesses). After eight weeks, the ashwagandha group showed a significant reduction in stress and anxiety, such as cortisol levels, and an improvement in the general well-being in comparison to the placebo group10.

Similar results were obtained in another study in 2019 that used the same extract, this time at different concentrations, in sixty stressed healthy adults during eight weeks11. Both ashwagandha groups showed a significant improvement in the parameters related to stress and anxiety when compared to the placebo, with the higher dose showing better response.

Sleep quality has an impact on our overall health and well-being. Lack of sleep can be due to multiple factors, but it is well established that sleep and stress are interconnected11.

Because of its potential beneficial effect on stress and anxiety, it is expected that ashwagandha can help with sleep issues. In a small exploratory study where healthy volunteers were given incremental doses of ashwagandha over a thirty day period, thirty-three per cent of the participants reported improvement in quality of sleep, supporting the traditional use of the herb as a sleep promoter12.

In the 2019 study mentioned above, the stressed individuals that took a higher dose of full-spectrum ashwagandha (600mg/day) not only showed a statistical significant improvement in stress and anxiety parameters, but also showed an improvement in sleep quality11.

Adaptogens can help the body to adapt to environmental stress, and therefore they are thought to enhance physical fitness and body performance14.

Since the strain caused by exercise can be considered a form of stress, it has been hypothesised that ashwagandha supplementation could help the body to respond better to resistance training.

An eight-week study evaluated the effect of ashwagandha supplementation on the muscle strength and recovery in fifty healthy male volunteers. Compared to the placebo group, the group that took ashwagandha had a greater increase in arm and leg muscle strength after exercise, as well as faster recovery between exercise sessions15.

In another twelve-week study with fifty healthy male and female adult athletes, ashwagandha supplementation led to an improvement in the maximum oxygen consumption (VO2 max), the most common test to look at cardiovascular endurance16.

How does ashwagandha work?

Ashwagandha, like all other adaptogens, exhibits a multi-targeted and multi-channel network action: it can have an effect on multiple systems which are also interconnected, which then has an effect on those as well.

Ashwagandha, as well as other adaptogens, is presumed to act via the hypothalamic-pituitary-adrenal (HPA) axis, in response to stimulation by external stress6. The HPA axis is central to the stress-response, responsible for the release of cortisol, a well-known stress hormone17.

Moreover, ashwagandha extracts have been shown to have GABA-mimetic activity, which reduces neuron excitation, leading to a decrease in stress and anxiety18.

Can ashwagandha help with menopause?

Some of the common symptoms of menopause include sleep and mood disorders.

Women going through the menopausal transition might find that ashwagandha can help them to cope with stress and anxiety, as well as helping with sleep.

Should I take ashwagandha in the morning or at night? 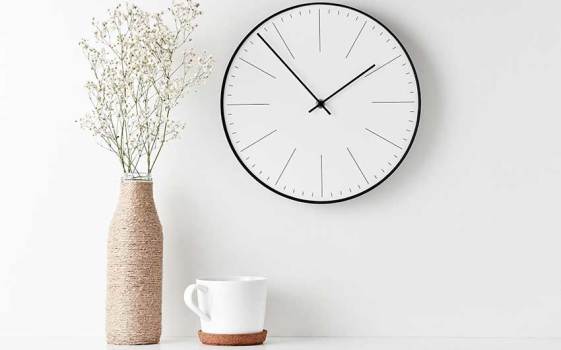 What are the side effects and advice when taking ashwagandha?

Ashwagandha has been used for centuries in traditional Indian ayurvedic medicine, and it is generally considered safe. But research on ashwagandha is still limited, and more studies are needed to learn more about its long term effects. There have been reports of gastrointestinal issues when taking larger doses, so do not consume more than the recommended dose1.

Ashwagandha is known to be well tolerated and safe at normal doses for most people. However, breastfeeding or pregnant women should not take ashwagandha unless recommended by their doctors.

Ashwagandha was been shown in some studies to have an effect in the regulation of thyroid hormones21, therefore people on medication for thyroid conditions should seek medical advice from their doctor before taking ashwagandha.

As always, you should consult your doctor or pharmacist before starting to take a supplement.

The Withania somnifera plant is part of the solanaceae/nightshade family, so people who are sensitive to these plants (e.g. tomatoes, peppers and aubergines) may wish to avoid ashwagandha.

Does ashwagandha cause weight gain?

No studies have shown that ashwagandha can cause weight gain. As mentioned above in the Energy and muscle recovery section, ashwagandha has been shown to improve physical recovery. If you are training in order to increase your muscular mass, ashwagandha might help you, but because you are gaining muscle, not just fat.

How long does it take ashwagandha to work?

Adaptogens work at multiple levels to enhance the body’s response to adapt to stress. Because of that, do not expect to see an immediate benefit as you would see with a modern medicinal product.

Although some people might feel the benefit earlier than others, studies suggest that effects can be noticed after eight weeks of supplementation1119.

What to look out for when choosing an ashwagandha suplement?

Withanolides are the major active compounds in ashwagandha. The concentration of withanolides will vary depending on methods of extraction, parts of the plant used, and other factors. When looking for an ashwagandha product, make sure the extract has been standardised to a particular percentage of withanolides. This ensures not only that it contains an effective amount of compounds, but also that this amount will be consistent.

Some products in the market contain a whole herb preparation, which usually includes the root, but can also include the leaf. Leaves are also high in withanolides, but their composition is slightly different from the roots. In particular, they contain higher levels of withaferin A, which is cytotoxic and could have undesirable effects in the body [need to find ref]. Moreover, most of the human studies have been done using only root extract.

Although withanolides are the major compounds, it is thought that the effect of ashwagandha depends on the combination of several compounds present in the extract. Make sure you choose a product that contains a full-spectrum extract, which will maintain the balance of the components as in the original herb.

Ashwagandha is a traditional herbal medicine originating in India, commonly used for stress, to reduce anxiety and to improve sleep. It is also used for many other conditions as it is an "adaptogen" which means a herb that promotes homeostasis - the optimal internal state of a healthy body in which physical and chemical conditions are balanced. When selecting an Ashwagandha product, always choose a branded extract that has been researched.