Black cohosh (Cimicifuga racemosa) has been used to help with menopausal symptoms for centuries. Also known as black snakeroot, it is a flowering plant, related to the buttercup, native to North America. Used for hundreds of years by the native Americans to treat gynaecological problems, it became a popular herbal remedy in Europe at the beginning of the 19th century.

What is black cohosh? 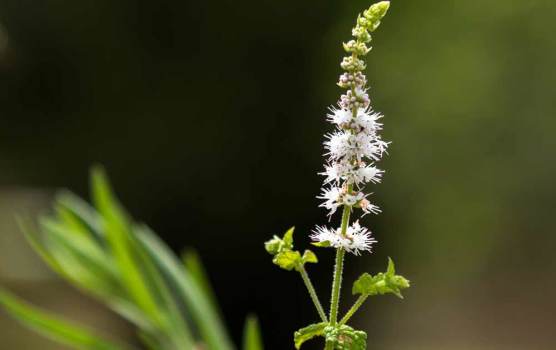 The Latin name of the genus, Cimifuga, comes from the Latin words “Cimex” (a type of bug) and “fugare” (to put to flight). The plant produces a strong odour which repels insects, and therefore flowers were used as anti-repellent protection1.

The roots of black cohosh are incubated with a solvent (usually ethanol) to form a liquid extract. The liquid is then evaporated to obtain a dry extract. Black cohosh can be taken in capsule, tablet or liquid forms2.

The roots of black cohosh contain a number of biologically active molecules such as the triterpene glycosides actein and cimicifugoside, as well as caffeic acids, isoferulic acids and tannins3.

What are the health benefits of black cohosh?

Black cohosh was used extensively by the native North American tribes for a variety of disorders, including sore throat infections, bronchitis or rheumatism1. Studies show that it has anti-inflammatory and antioxidant properties, and potential beneficial effects in the gastrointestinal system and against bone deterioration.

The most well known use of black cohosh is for its benefit in gynaecological problems, in particular for relieving menopausal complaints such as hot flushes and profuse sweating.

Can black cohosh help with menopause?

Several studies have shown that black cohosh has a long history of use to help treat menopause symptoms such as hot flushes, night sweats and sweating.

A Cochrane systematic review evaluated the effect of black cohosh for treating menopausal symptoms. The analysis looked at the results of sixteen randomised controlled trials. They concluded that there were indications that the use of black cohosh could be beneficial for menopause, although there was insufficient clinical evidence in comparison with standard HRT4. One of the main reasons of the inconsistent results was the variability in the levels of black cohosh in the different products used in the studies.

A 2013 review examined the data from studies done with black cohosh products that have medicinal authorisation. In all cases, black cohosh medicinal preparations were more effective than placebo (dummy pills) at improving menopausal symptoms5.

It is not clear however how black cohosh exerts its beneficial physiological effect, as the amount of isoflavones present in the extract is much lower than soya or red clover.

Some research suggests that black cohosh can act as a selective oestrogen receptor modulator in cells, hence having a beneficial effect on different conditions related to menopause6. On the other hand, other research suggests that it can bind to μ-opioid receptors in the brain, thus having an analgesic effect that helps to reduce the symptoms associated with oestrogen reduction7.

Does black cohosh affect your weight? 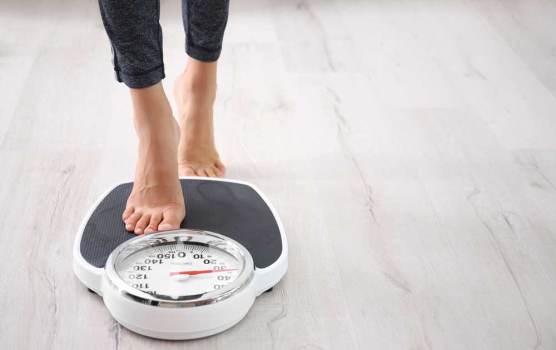 Not necessarily. Menopause is associated with weight gain, possibly as a result of the hormonal changes the body goes through8.

Does black cohosh help with sleep?

Sleep problems are common during and after menopause.

What are the side effects and advice when taking black cohosh?

Black cohosh has been used for centuries, and data from human studies show that side effects are rare and mild. If any, the most common side effects described are upset stomach or allergic skin reactions4.

People with a history of liver issues should not take black cohosh unless recommended by their doctor.

There are no described interactions for black cohosh with other medications. However, black cohosh should be avoided in combination with cancer drugs or immunosuppressants. Due to its potential effect on the hormonal system, it should not be used by women using hormonal therapy.

As with all medicinal products, you should seek medical advice and consult with your doctor before taking black cohosh if you are taking prescription medication.

Black cohosh does seem to have a beneficial effect on menopause symptoms, but how it does that is not clear.

The most popular herbal products to help menopause, such as red clover and soy, contain isoflavones. These plant compounds are known as phytoestrogens, as they are very similar to the oestrogen hormone. Although black cohosh contains some isoflavone, it is present in very low amounts, which might not be enough to work on the oestrogen receptors11.

So far, no studies have reported an increase of oestrogen in patients4.

What time of the day should I take black cohosh?

It doesn’t matter what time you take black cohosh.
What is important is to try to take it at the same time every day.

How long does it take for black cohosh to work?

Everyone is different so the benefits of black cohosh helping with menopause symptoms such as hot flushes is variable.

Although one study reported improvement in hot flushes after just four weeks12, the majority of the studies showed that improvements are generally seen after three months11.

In the UK, products containing black cohosh are regulated by the MHRA under the THR (Traditional Herbal Remedy) license scheme.

Unlicensed black cohosh products and dietary supplements, although sold legally, are not checked for quality or safety, and they may have incomplete or inaccurate safety information.
Authorised licensed products meet the required safety standards.

Black cohosh root extract is a herbal product that has traditionally been used to relieve menopausal complaints such as hot flushes and night sweats.

In the UK, products containing black cohosh are regulated by the MHRA under the THR license scheme.