Greens: Do you know your peas from your pak choi?

As a nation, it seems we’re rather bad at eating our greens. Or so we discovered when we recently ran a national survey on the subject. Nearly half of Brits (46%) admit to only eating one portion of green veg a day and nearly 10% don’t eat any at all. And this is despite 8 in 10 of us knowing we should be eating more.

According to the National Diet and Nutrition Survey, nearly 75% of us are failing to meet the minimum recommended intake of five portions of fruit and vegetables a day.

So why are nearly three quarters of us not eating enough veg? It turns out the average Brit eats just four different greens on rotation, so it’s not surprising that when it came to less common veg, more than a third couldn’t recognise watercress or pak choi. 60% were also bamboozled by trendy superfood kale.

One in 10 adults shown pictures of green veg failed to identify cabbages and asparagus, while one in six couldn’t spot leeks, and a massive one in five had trouble with fresh garden peas.

The study also revealed there are certain fruits and veg that we just can’t stomach in their solid form. Just 2% said that Swiss chard would top their favourites list and the trendy kale didn’t fare much better.

Broccoli and peas top the charts for most of us, though the survey highlights some interesting regional variations regarding portions of green veg per day. 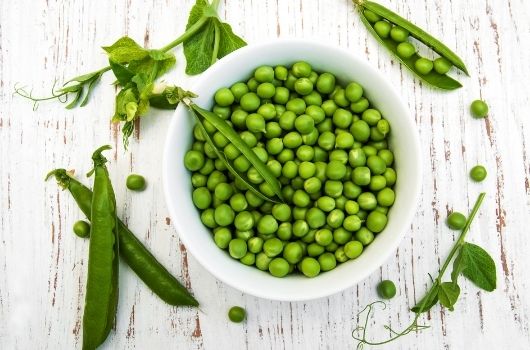 We should all be eating more greens and most of us know we should, but three quarters of us fail to do so. Broccoli is the nation's favourite green vegetable (42%) closely followed by the humble pea (38%) it seems most of us can’t stand kale with only 6% of the nation stating it as their favourite.

An online survey was conducted by Atomik Research among 2000 adults aged 18+ from the UK. The research fieldwork took place on 21/01/21-23/01/21. Atomik Research is an independent creative market research agency that employs MRS-certified researchers and abides by the MRS code.

Here are some additional results we think reveals the most about our consumption and knowledge of green vegetables.