Inflammation is often thought of as a negative thing, but it is actually an important part of the body’s natural healing response. We look at the causes of inflammation, the negative and positive effects it can have and the methods people use to help them live with chronic inflammatory conditions.

What is acute inflammation?

Acute inflammation is part of the body’s natural immune response to damage. It fights harmful foreign objects and helps to repair damaged tissue. Without it the body would not be able to heal wounds and fight off infections.1

It can affect many different parts of the body, including internal organs, and is triggered by a whole range of stimuli including:

Inflammation is a result of several different physical actions that aid the healing process: the body sends a type of white blood cell called neutrophils to affected tissues, and these cells release enzymes that protect the body by breaking down harmful microorganisms. The blood vessels also dilate to supply more blood to the damaged area and it becomes easier for fluids to move in and out of them; this is what causes the swelling and redness that are commonly associated with inflammation. 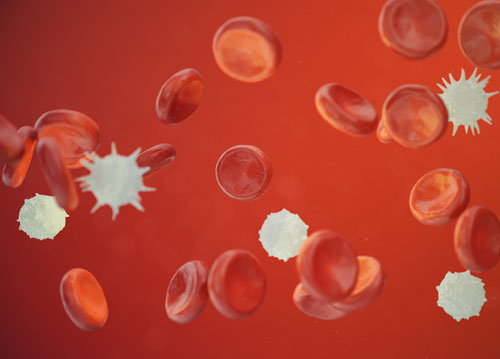 When is inflammation harmful?

The inflammatory response is meant to last for a short period - hours or days - so that the body can heal. After it has done its job, it is then switched off. Unfortunately, in some cases this does not happen and the immune system keeps working even when it is not needed.

This process is called ‘chronic inflammation’ (chronic means that it is persistent/long-lasting). It can eventually lead to health problems, and is associated with cardiovascular diseases, cancer, and autoimmune conditions.

Chronic inflammation can occur when:

What are the symptoms of inflammation?

If you are experiencing acute inflammation (for example, from an injury) you are likely to have these five symptoms:

If it becomes especially severe you might also feel exhausted and display the symptoms of a fever. In the worst cases severe inflammation can cause septicaemia, which requires immediate medical treatment.2

People who have an inflammatory condition tend to experience these symptoms: 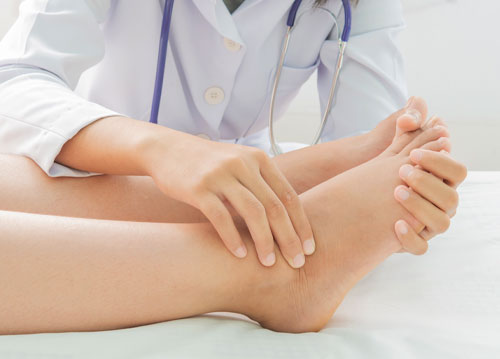 These symptoms are especially common with joint complaints like arthritis. However, sometimes the only sign of a mild inflammatory condition is flu-like symptoms such as fatigue, headaches and chills, or pains in the abdomen/chest.

If you have an inflammatory condition you might not experience any of the listed symptoms, or only one or two.

However, the symptoms of inflammation vary depending on which part of the body becomes inflamed. Almost every tissue in the body can be affected and there are dozens of names to classify the different kinds of chronic and acute inflammation. For example:

Severe inflammation can cause a loss of function in the affected area. For example, someone with inflammation in their lungs due to pneumonia or bronchitis might have trouble breathing, or someone with gingivitis (inflamed gums caused by bacteria) might suffer from bad breath, tissue damage and even tooth loss.

What are inflammatory diseases?

Some of the most common diseases affecting humans are connected to chronic inflammation.3

This includes the autoimmune condition rheumatoid arthritis and the degenerative disorder osteoarthritis. Over time, they can cause permanent damage to joints.

Inflammatory bowel diseases like Crohn’s disease and ulcerative colitis are also common. As well as causing unpleasant symptoms like diarrhoea, they damage the digestive system which prevents your body from absorbing important nutrients from food.

It is now understood that inflammation plays a role in cardiovascular conditions like atherosclerosis and serious conditions like diabetes, depression, cancer, Alzheimer’s and Parkinson’s.3

How do doctors treat chronic inflammation?

The treatment will depend on the cause and location of inflammation. Good mouth hygiene might be enough to treat gingivitis, for example, but long-term inflammatory conditions like Crohn’s disease have no cure as yet.

In these cases it is likely that a GP will recommend lifestyle changes - for example, avoiding certain foods that exacerbate the inflammation - and may prescribe medicines that help you to manage the symptoms or reduce the severity of the illness.

For example, people with rheumatoid arthritis may be given disease-modifying antirheumatic drugs (DMARDs) which often suppress the action of the immune system or nonsteroidal anti-inflammatory drugs (NSAIDs) that reduce inflammation by targeting the enzymes responsible.

How can I reduce inflammation?

Prescription drugs are sometimes offered to treat chronic inflammation, but there are also lifestyle changes that can help to reduce it to a more manageable level.

A sedentary lifestyle is associated with inflammation, so it might be a good idea to get active. Naturally, you should find a form of exercise that is comfortable and enjoyable for you - if you have an inflammatory condition like arthritis you might like to try swimming, cycling or another activity that is easy on the joints.4

Dietary changes can make a big difference, as some foods are known to make inflammation worse. You might like to try cutting out: 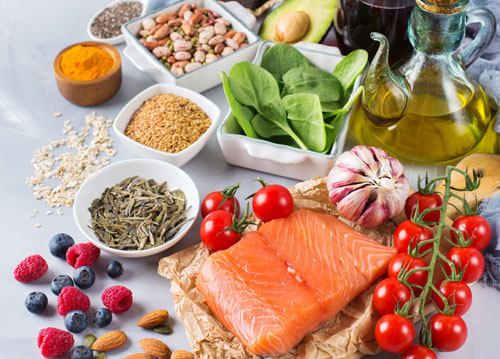 These can be replaced with a wide range of alternatives that give your body the nutrients it needs. Vegetarian, low-carb and antioxidant-rich diets (like the Mediterranean diet) may help to reduce inflammation. You might also like to try adding:

Inflammation is one of the ways that the body responds to damage and to harmful organisms like bacteria. Without it, the body would not be able to heal some injuries.

The symptoms, such as pain, heat and swelling, are caused by the body releasing white blood cells and increasing blood flow to damaged areas.

If inflammation is not switched off when it has done its job, it can become chronic and actually cause damage to the body. This can be caused by autoimmune illnesses like arthritis, in which the immune system attacks the body by mistake.

Doctors can prescribe medicines that address the causes or reduce the inflammation itself.

People with inflammatory conditions can also make it easier to live with their illnesses by taking steps to reduce the severity of symptoms, for example by living a more active lifestyle and changing diet.