Health benefits of sage during the menopause

Sage is known to help treat common symptoms of the menopause such as hot flushes and overheating.

Common Sage also known as Salvia officinalis, is a well known culinary herb that can add flavour to many dishes. However, it’s also been used for thousands of years for its healing properties. Whilst it was recognised and named by both Egyptian and Greek civilizations, it owes its name to the Romans: Salvia comes from the latin salvare - “to heal”.

Sage is a herb that belongs to the mint family (Lamiaceae), along with other common herbs such as rosemary, thyme or lemon balm.

There are a variety of sage plants we see in our gardens, but the most common one is common sage, Salvia officinalis.

Sage is not only used for its flavour and health benefits, but is also used as a natural cleaning agent, and can also be burned to improve the air quality and fragrance of a room. The burning of sage is a spiritual ritual also known as smudging.

Greeks considered garden sage to be “good for helping diminution of senses and loss of memory”. In the first medieval medical school in Salerno (Italy), the locally grown species of sage was considered a sacred herb. Common garden sage has featured in British herbal apothecaries from the 16th century onwards1.

Sage, like plants from the same family such as rosemary or lemon balm, is a natural source of flavonoids and polyphenolic compounds. Carnosic and rosmarinic acid are present in high concentrations in sage extract, and are known for their strong antioxidant properties. It is also rich in essential oils, with a large array of organic chemicals known as terpenoids, including thujone2.

What are the health benefits of sage? 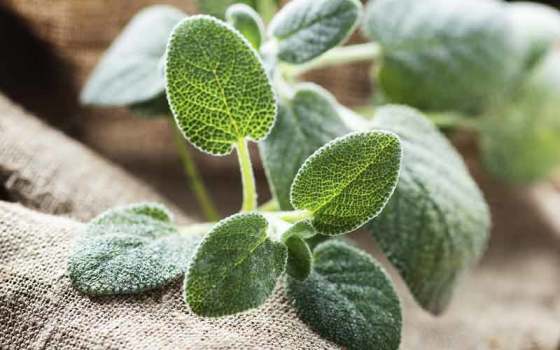 Sage has been used for centuries for treating illness in various forms: sage tea has been traditionally used for treating digestive and circulatory problems, coughs, mouth and throat inflammations, excessive sweating, among other issues. Sage essential oils have been used in the treatment of nervous and respiratory diseases, and they also have antiseptic and astringent properties3.

Various studies have shown that sage could be beneficial for:

Can sage help with menopause?

One of the most common symptoms of menopause is uncontrolled and unexpected sweating and hot flushes. Sage has been traditionally used to treat these symptoms.

In a small open multicentre human study with 71 menopausal women, sage was found to be effective in reducing hot flushes after 8 weeks4. In a more recent study in Iran, consumption of 300mg of sage extract decreased the severity of hot flushes and night sweats after 3 months, in comparison to the placebo group.

The molecular mechanism of how sage can decrease hot flushes and sweating is not clear. Some studies done in cell models have suggested that the oestrogenic flavonoids present in sage, could be responsible for the anti-flush effect6.

Other studies have suggested that it is the modulation of some neurotransmitters that helps to reduce hot flushes7.

It has been a longstanding belief that sage extract has anti-sweating properties, although most of the evidence for this comes from historical use and from open studies done mainly in the 1930s8.

How long does sage take to work for hot flushes? 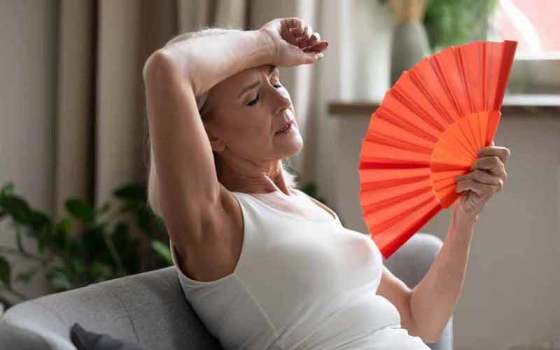 Everyone is different so the benefits of sage helping with menopause symptoms such as hot flushes varies.

Several studies have reported an improvement in the intensity of hot flushes within 4 weeks4,9 although the positive effect seemed to be better after 8 weeks4.

One of the earliest recognised uses of sage in Herbal British books was as a memory enhancer. Culpepper’s ‘Complete Herbal’ notes in the 17th century state that ‘It also heals the memory, warning and quickening the senses’.

Sage extract has been shown in cell studies to block the action of acetylcholinesterase (AchE), an enzyme that destroys the neurotransmitter acetylcholine and therefore reduces its levels. Acetylcholine is an essential neurotransmitter, which plays an important role in cognitive function such as memory and learning. Many of the drugs that are used in neurodegenerative disorders are AchE inhibitors10.

Oxidative stress has been shown to be implicated in the general process of aging and tissue damage, especially in the brain. Due to the high amount of antioxidant compounds such as rosmarinic acid in sage, it has been hypothesised that sage could offer long-term protection against cognitive decline associated with oxidative stress damage1.

In a study of 20 healthy elderly adults, volunteers that took sage showed significant improvement in memory performance and accuracy tests in comparison to a placebo11.

Sage has been used as a traditional remedy against diabetes in many countries. Studies have shown that sage oil can help lower blood sugar levels and obesity markers12.

Unfortunately there have been an insufficient number of human studies carried out to suggest sage could be recommended as a diabetes treatment.

Sage has antimicrobial properties, and it has been suggested that it could be a natural remedy to help with mouth and teeth issues like dental cavities. In a study of school girls, the group that used a sage mouthwash had significantly reduced the number of Streptococcus mutans, one of the bacteria that causes plaque13. Although it has traditionally been used to treat throat infections and mouth ulcers, more research is needed.

What are the side effects of sage and is it safe?

There are no reports of negative side effects associated with the use of sage3.

Sage contains a volatile oil called thujone, a neurotoxin with a known convulsion producing effect14. Thujone is particularly concentrated in essential oils. Because of this, sage essential oil should never be taken orally15. Aqueous sage leaf extracts contain much lower amounts of thujone, and it is very difficult to consume toxic amounts of thujone through foods. Nevertheless, drinking sage leaf tea in excessive amounts can cause tachycardia (an abnormally rapid heart rate), vertigo and seizures. You should not drink more than 3-6 cups of sage tea a day16.

Sage supplements or medicines should not be used during pregnancy and lactation, due to its potential oestrogenic effects15. 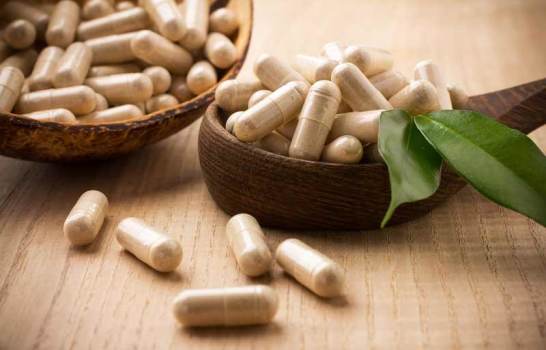 Sage supplements are widely available in different dosages and amounts. When comparing how much sage there is in a product, be aware that some suppliers will state the amount provided by the daily dose, while others will state the original amount of sage from which the extract was originally prepared.

High quality products will be standardised against rosmarinic acid, one of the active compounds in sage that is easily identified in analysis.

Always follow the dose intake recommended by the supplier.

Sage is a culinary herb whose leaf has been used for thousands of years for its healing properties.

In addition, several studies suggest it can be beneficial for a variety of health problems. In particular, symptoms associated with the menopause that include hot flushes and the increase of perspiration that often occurs during sleep.