The Fertility 5050 survey takes an in depth look at attitudes to fertility and conception in the UK.

The 50-question survey received 2,052 responses, revealing the knowledge and beliefs that men and women hold about fertility and the conception process.

Is the conception process primarily a male or female responsibility? Do men or women make more effort when trying to conceive? What can or should men and women do to improve their fertility? All these issues were explored.

The FERTILITY5050 survey uncovers a fascinating disparity between what we believe and what is actually the case.

In 2018 we ran an extensive survey involving more than 2,000 participants examining the male and female attitudes towards conception. The results revealed that men are contributing just as much or more to conceiving a baby than women – but we're not giving them credit. Stand out findings from the Fertility5050 study revealed...

Parenthood in the UK

Today, 54 percent of babies born in Britain are to women who are 30 or older, with the rates for women aged 35 to 39 years and 40-plus doubling since 1990. The age of fatherhood is also climbing, with the average first-time father in the UK now 33 years old. 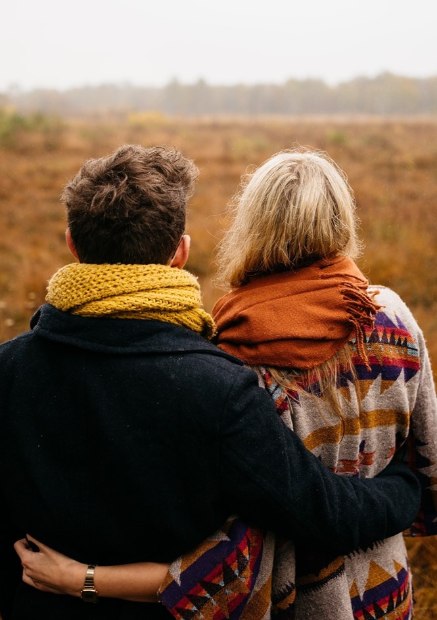 It is no surprise that fertility in your 30s and 40s is a hot topic. But are men being overlooked in the conception journey – both in the provision of support and in acknowledgement of the efforts they are making? Our recent study certainly seems to indicate this.

The Fertility5050 report explores attitudes towards fertility and how much people know about male and female roles within the conception process.

Of the 2,052 participants – all men and woman aged between 25 and 45 - just 25% correctly asserted that male fertility issues were more common than female issues. For the first time in history, male fertility issues have overtaken women’s. According to the Human Embryology and Fertilisation Authority, the body responsible for governing the IVF industry in the UK, they now account for 54% of all identified issues leading to IVF referrals.1 A further study by the Hebrew University of Jerusalem has also shown that the sperm concentration of men in Western countries has dropped by more than 50% in under 40 years.2

These shocking statistics show that fertility can no longer be considered a female-only issue. The report highlights just how much pressure surrounds the conception process and that both men and women are subject to unwelcome pressure from a variety of sources. It also indicates that men are doing more than expected to improve their fertility – but they're doing it alone, with men feeling less able to talk about fertility issues. Two-thirds of men said they did not, or could not, talk to friends about conceiving when they were trying for the first time.

Pressure to be parents

Many respondents believed that an individual’s fertility and decision regarding children were a personal and family matter. Despite this, whether actively trying for a family or not, people are subject to ongoing enquiries from family, friend and colleagues – especially the over 30s. Even managers, acquaintances and perfect strangers get involved.

Nagging relatives, nosey bosses and overzealous strangers all contributed to the feelings of pressure felt by both men and women. 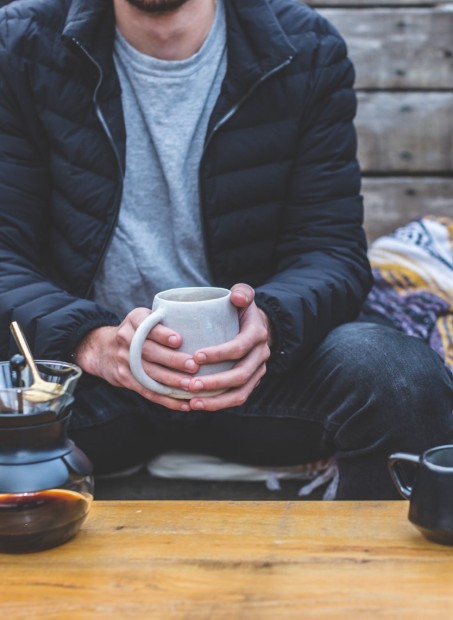 According to the NHS, 20% of couples will take six months or longer to conceive. Within the Fertility5050 study, women who took six months or longer were almost twice as likely to feel that other people perceived them as a failure during the time they were trying for a baby. A quarter of these women had been plagued by nagging questions like 'When's the baby coming along?' and 'Any good news for us yet?'

But it isn't just women that are suffering from conception anxieties. Men receive this kind of persistent questioning too, with nearly one in five who have been trying for more than 6 months being told 'time's ticking - better hurry up'. Men cited ‘pressure’ as the most common negative emotion experienced when trying to conceive.

Perhaps as a result of this pressure, 24% of relationships were reported to have suffered when a couple had been trying for 24 months or more.

Aileen Fenny of Fertility Network UK said: “Men are half of the fertility equation. When they cannot create the family they long for without medical help they suffer and struggle physically and mentally just as women do. Research into the impact of infertility on men is hugely important.

"In Fertility Network UK’s research on male infertility, released in 2017, 93% of men surveyed stated their wellbeing had been impacted by fertility issues, and they reported fertility issues to be emasculating, distressing and isolating, harming their self-identity, and causing stress, depression, anxiety, and low self-esteem." 3

Credit where credit's due

Although two-thirds of the people surveyed for the Fertility5050 report believed that conception was the joint responsibility of both parties, 43% of people who had previously had children believed that they had carried most of the weight when improving their joint chances of conception.

People’s perceptions of the positive contribution men and women were making during the conception process also differed, with men losing out on the credit for their efforts. 98% of women believed that their male partners only did the same as them, or less, to maximise their joint chances of conception.

Men were also less likely to give themselves the credit they deserve, with men being five times as likely to report that their partner had contributed more.

Despite men getting a seemingly bad rap for their efforts in the conception journey, the survey found that – when asked which out of a list of positive actions each subject had made during conception – men actually did more than women. Men were twice as likely to increase their fitness or change their weight to improve their health. Men were also more likely than women to eat foods specifically for conception, get plenty of sleep, make time to relax and stop/reduce caffeine intake. In fact, of all the positive suggestions given, there was only one thing that women appear to be doing significantly more of than men – women are almost twice as likely to use a food supplement.

Jonathan Ramsay a urologist at Imperial College Healthcare NHS Trust and Hammersmith Hospital said: "It is great to see so many men taking responsibility for their reproductive health. If all men were investigated prior to commencing IVF treatment we could see a significant rise in the current success rate, which is under 25%." 4

"Our report shows that men clearly understand the value of a healthy lifestyle when trying for a baby," says Adam Cleevely, CEO of FutureYou Cambridge. "They have also reported that they are willing to make changes to their diet. Taking a supplement is an extension of that principle. It has long been appreciated that prenatal supplements can play an important role in a woman’s chances of conceiving and delivering a healthy baby. The Department of Health advises that women who are trying for a baby should take a folic acid supplement and consider taking a vitamin D supplement.

"What is, perhaps, less well known by the public is how instrumental a man’s nutrition is to his chances of producing enough healthy sperm." 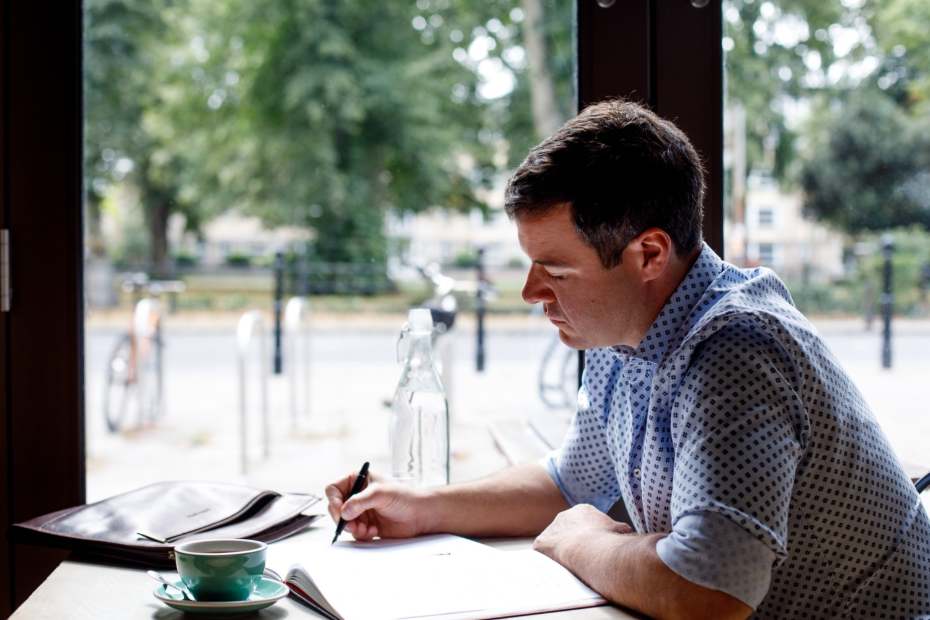 Male infertility is often the result of poor sperm quality, which is partially caused by oxidative damage to the DNA that they contain. Men with a lot of high-quality, undamaged sperm are more likely to conceive a child with their partner.

In a study conducted at the University of Sheffield, scientists have been examining the effects of a LactoLycopene supplement created by FutureYou Cambridge that may counter oxidative damage to sperm.

Dr Elizabeth Williams, a Senior Lecturer in Human Nutrition at the University of Sheffield who worked on the study, said: 'The Fertility5050 survey highlights the pressures felt by both men and women trying to conceive, and the strain that fertility issues can place on relationships. It is important that these issues are discussed and that men have the same access to advice and support as women. It is also important that we explore lifestyle strategies, including nutrition, to enhance a couple's chance of successful conception.'

'We were surprised by the improvement in sperm quality shown by the results in our study."

Adam says 'We are thrilled with the significant results of the study and hope that It will provide another choice for those couples wishing to conceive. We have formulated our product with lactolycopene and zinc which we now know encourages healthy sperm.'