Why do people try CBD oil?

Dr Nicholas Shenker PhD FRCP, is a consultant rheumatologist at Addenbrooke’s Hospital in Cambridge and an expert in chronic pain syndromes. He is a member of the medical advisory board at Cambridge Nutraceuticals. 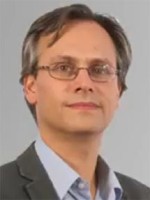 All over the world, people are using CBD – often in pharmaceutical (very high) doses – to address their health issues.

As an anti-inflammatory, CBD has potential benefits for people with conditions such as rheumatoid arthritis and osteoarthritis.

Human trials and studies show that cannabinoids are an effective treatment for chronic pain.

The UK press has covered cases of people affected by life-changing seizures who experiences a lessening of symptoms using large quantities of CBD.

CBD acts on endocannabinoid receptors that effect mood. Some people claim that it helps them to reduce stress and anxiety.

The science of CBD

Although interest in cannabidiol (CBD) has grown exponentially in the past few years, its mechanism of action is not yet clear. More research is needed before we have a full picture of its benefits, but we do know that it has antioxidant and anti-inflammatory effects.

Natural to the human body

Cannabinoids are the group of organic compounds that interact with the endocannabinoid system, an internal system involved in the homeostasis (equilibrium) of the body.

Originally, this term referred only to compounds found in the hemp plant. Today, we know that the human body naturally produces its own cannabinoids that act of the system, so we now call the compounds from plants phytocannabinoids and the ones from the body endocannabinoids to differentiate between them.

Scientists have studied the endocannabinoids anandamine (AEA, N-arachidonoyl-ethanol amide) and 2-arachidonoylglycol (2-AG) most frequently. These are derivates of arachidonic acid, a precursor compound involved in the inflammation response involving leukotrienes and prostaglandins.

The endocannabinoid system depends on two receptors: cannabinoid receptor type 1 (CB1), present in the brain, and cannabinoid receptor type 2(CB2), functionally related to CB1 but expressed primarily in peripheral tissue. Both CB1 and CB2 are natively activated by 2-AG and AEA, but they also respond to phytocannabinoids. Tetrahydrocannabinols (THC) – which cause the ‘high’ associated with marijuana – are thought to act primarily via their potent activation of CB1 and CB2, whereas CBD seems to have very low affinity to ECS receptors, especially CB1. This means that it would be very unlikely to have a similar effect to THC.1

It is not yet clear what the molecular targets of CBD are, but research data suggest that CBD might take effect through the activation of serotonin receptors, deactivation of TRPV1 receptors (involved in anxiety), and modulation of TRP channels (involved in pain). However, this data comes mainly from in vitro and in vivo studies, and more studies are needed to fully understand CBD’s mechanism of action.1

Most of the studies done on CBD use pharmacological active doses; these are doses at which researchers expect to see a clear beneficial effect in a specific time frame, similar to the studies performed on pharmaceutical drugs. This means that some of the claims that are made on the effects of CBD relate to doses not achievable in CBD supplements.

At high doses, CBD has been shown to have some potentially beneficial effects on neurological disorders, such as seizures and multiple sclerosis.2 It might also have an effect on arthritis, although most of the data comes from animal models and need to be confirmed.3 Because of its anti-inflammatory effects, some studies suggest that CBD could be useful for irritable bowel disease (IBD) treatment.4

At low doses, CBD has antioxidant and anti-inflammatory effects. An in vitro study done in rat cells showed that CBD was more effective than vitamin C and vitamin E as a neuroprotective antioxidant.5