Co-enzyme Q10 or CoQ10 is also known as 'ubiquinone', is a fat-soluble substance that is similar to a vitamin. Its name derives from “ubiquitous quinone”, as this molecule is found in most of the cell membranes of the body.

The Science
CoQ10 is a central component of the process that creates energy in the mitochondria, the powerhouse of our cells. The production of energy (in the form of ATP - adenosine triphosphate-) depends on CoQ10, so the highest CoQ10 levels are found in cells with high energy requirements, in our brain, heart, liver, and kidneys, for example. (1)

CoQ10 can be found in the oxidised form (what we call ubiquinone) and in the reduced form (known as ubiquinol). This conversion between the oxidised-reduced states is what allows it to act as cofactor of the enzymatic reactions that take place in the mitochondria in order to produce energy.
Energy production is not the only function of CoQ10. It also acts as a powerful antioxidant and is particularly good at preventing lipid peroxidation, the process by which free radicals damage our lipid cell membranes. This can have a beneficial effect on atherosclerosis prevention, as well as helping with maintaining the antioxidant activity of vitamin E and vitamin C. (1)

What are the sources of CoQ10?

CoQ10 is the only fat-soluble antioxidant that can be produced by our body. CoQ10 is present in all the cells of our body, and its production is controlled by the same pathway that controls cholesterol synthesis.(2)

Our ability to produce CoQ10 peaks between the ages of 20 and 30 and declines as we age, when we need to rely more on external sources, such as a supplement. Statins, which are commonly prescribed to people with high cholesterol, block CoQ10 production and contribute to reduced CoQ10 levels later in life. (3)

Diet
CoQ10 is present in many animal protein sources, vegetables, fruits and cereals. Since CoQ10 is mainly found in high energy-demanding tissues, animal hearts and livers represent the richest sources.(4) These, however, are some of the types of foods that many of us no longer prefer in our diet.

Since our body makes most of the CoQ10 we need, supplementary intake of CoQ10 won’t make much difference to many of us. However, people who are taking statins, or suffer from conditions that can affect CoQ10 synthesis, could probably benefit from CoQ10 supplementation to help replenish their levels(4).

Taking a highly-absorbable CoQ10 supplement is the most efficient way to get this nutrient into your body. Adequate CoQ10 levels are essential for the proper functioning of our cells, but due to its natural structure it is poorly absorbed. A highly bioavailable supplement that changes this compound from fat-soluble to water-soluble results in significantly higher absorption of this critical co-enzyme. 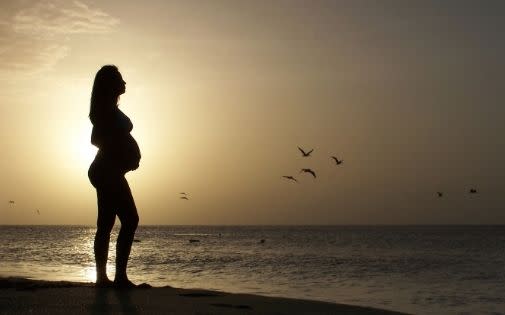 On going research suggests that there could be a link to improved IVF outcomes for those taking CoQ10 supplements. Women undergoing IVF/IUI treatment are often encouraged to take CoQ10 to help with embryo quality and ovarian response(7).

In one study of a group of women undergoing IVF, those who were given CoQ10 as a pretreatment experienced higher fertilization rates and an improved ovarian response, compared with the group who did not. Dietary antioxidants (such as CoQ10) may help reduce oxidative stress, which can have an impact on both sperm and egg quality.

Of course this is just one study and is by no means conclusive proof of the benefits of CoQ10 on fertility. If you are planning to undergo fertility treatment and considering taking a CoQ10 supplement it is best to consult your doctor first.

There is some evidence to suggest that supplementing with CoQ10 could also help with male infertility. Oxidative stress (caused by lifestyle factors such as drinking alcohol, smoking, eating too much salt, sugar, fat and processed food) is thought to cause defective sperm function - which can be a major cause of male infertility. Research has shown that antioxidants, of which CoQ10 is one, can help reduce oxidative stress, as well as making positive lifestyle changes(8) such as regular exercise, eating a healthy diet and not smoking.

What causes CoQ10 deficiency?
Two major contributing factors to a CoQ10 deficiency are age and the use of statins: As we get older our ability to naturally produce CoQ10 reduces. Statin drugs can inhibit the body's natural production of CoQ10 during use. Statins are drugs widely used to prevent and treat some heart diseases. Statins block cholesterol synthesis, which is a key step for CoQ10 biosynthesis, and therefore it has been linked to a reduction in CoQ10 levels in the body (3)

What are the symptoms of CoQ10 deficiency?
Whilst everyone is different, people who have a deficiency in CoQ10 levels often experience physical fatigue and muscle weakness, even while undertaking relatively non-strenuous physical activities such as walking. Low CoQ10 levels can also cause mental fatigue, with symptoms including difficulty in concentrating, and memory lapses. (1)

CoQ10 is an important antioxidant molecule, protecting the cell from oxidative stress. In disorders that are linked to increased oxidative stress, such as some retinal and neurological diseases, CoQ10 deficiencies might limit the body’s defences to counteract the damage caused by free radicals. This in turn could lead to a faster progression of the disease.(5)

Benefits of taking a CoQ10 supplement
Since our bodies are able to make CoQ10, most of us don’t need to top up the levels. However, as the levels decline with age, with the use of cholesterol-blocking drugs (like statins), or due to some diseases, some people might find CoQ10 supplementation beneficial.

CoQ10 and SAMS (statin-associated muscle cramps).
While statins are generally well tolerated, a common side effect are muscle aches and cramps, which are known as SAMS (statin-associated muscle symptoms). SAMS can be quite distressing, and they are often the main cause for stopping statin treatment. It is thought that SAMS are caused by the inhibition of cholesterol production, which is involved in CoQ10 production. (6). Recent data suggest that CoQ10 supplementation might be beneficial in preventing or treating SMAS, while having no effect on statin protective function.(3,6)

In summary, evidence suggests that CoQ10 supplements may be beneficial for certain groups of people - those on statins, women undergoing IVF and those experiencing male infertility. Whilst it can be obtained through diet, a highly-absorbable supplement seems like an efficient way to get this nutrient into your body.